UDa Architects : The True Wolf Wears His Fur Inside 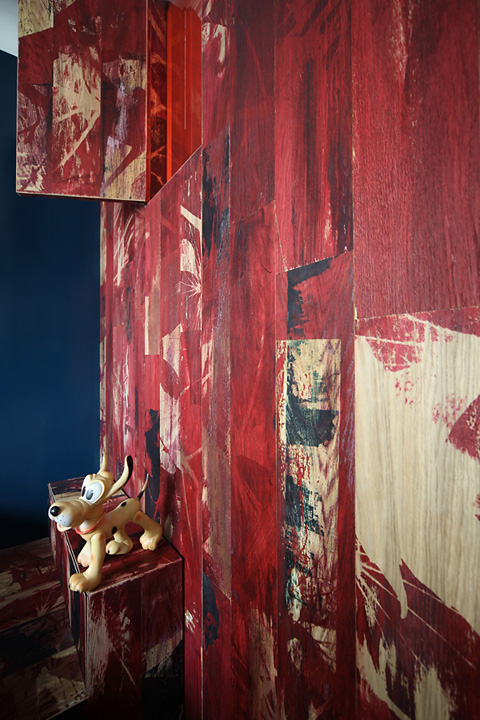 Turin-based architects UDa Architects completed the design a 60 m2 apartment in Paris. A cozy, surprising and fascinating little place, inspired by the fairytale of the “Little Red Riding Hood”. The apartment articulates around a central reddish screen-printed structure representing the grandmother’s little house in the woods.

I’ll leave you with the architects’ description, which is a true tale in itself … 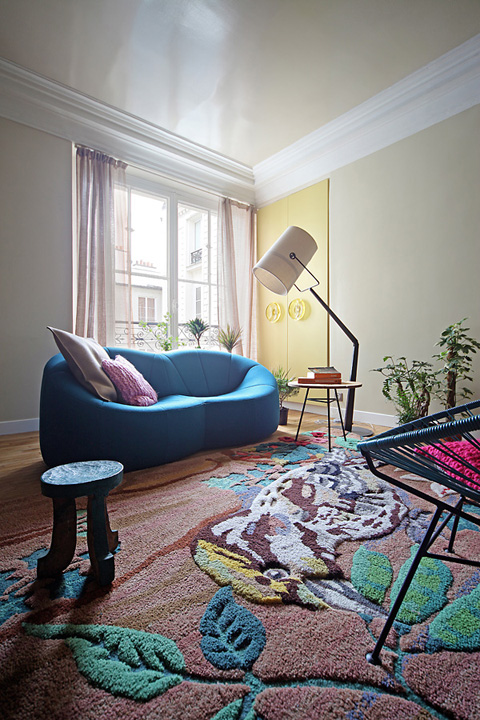 About : Like a fable, the project sets out to act, unawaredly, on the subconscious. It is thus founded on Little Riding Hood”, the nursery tale by excellence.

The white furnishings that set out from there, are the city beyond the window, the “Ville Lumière”, petit lieu de charme, with that vaguely flirtatious air, so much a part of transalpine scene, though not without a hint of the disquiet of day-to-day life captured and expressed by the project through its spacial and material solution. As if the little girl in her red mantle were to immediately find herself in the uncertain penumbra of a domestic refuge instead of the usual wildwood with its dangerous trajectories. 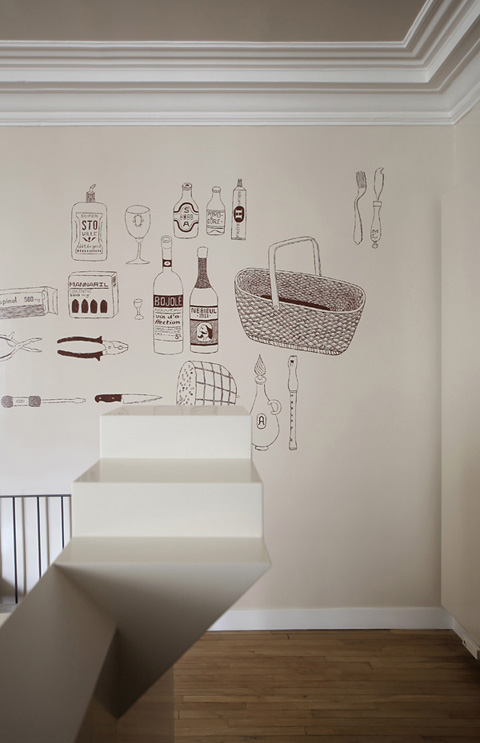 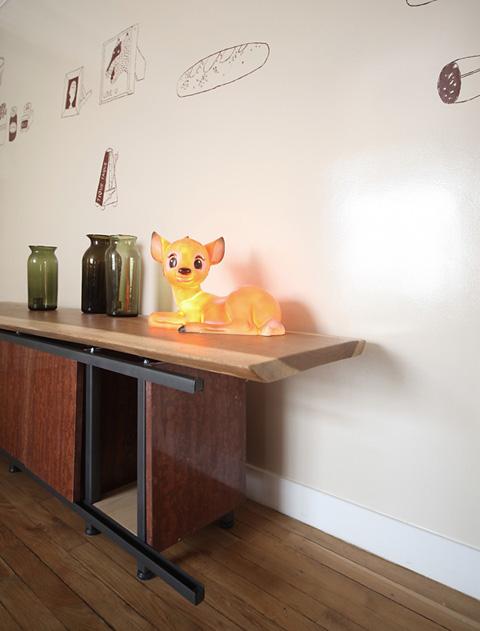 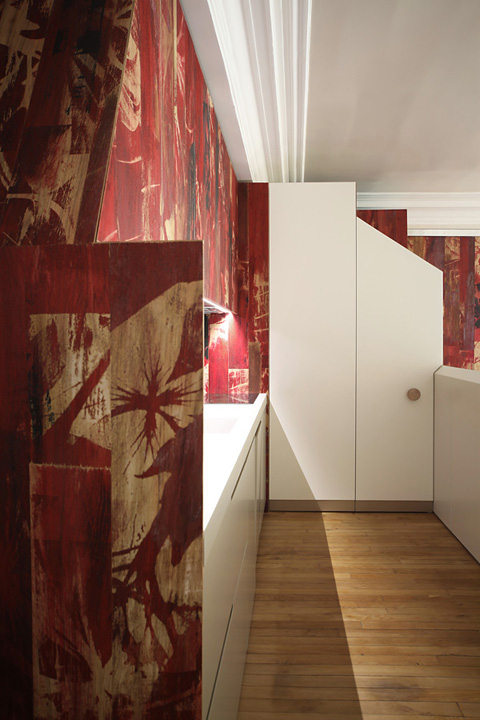 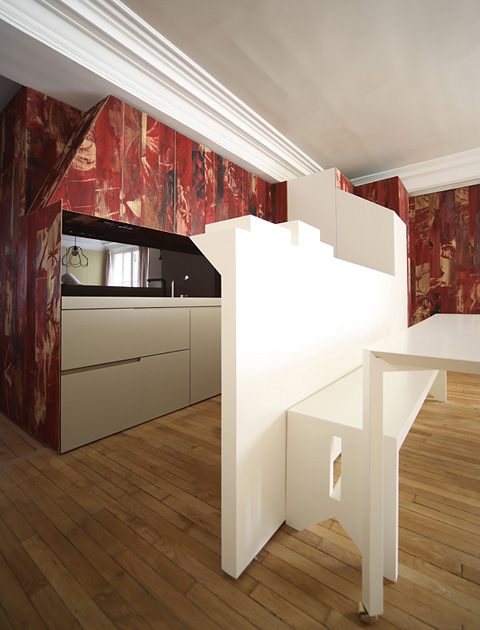 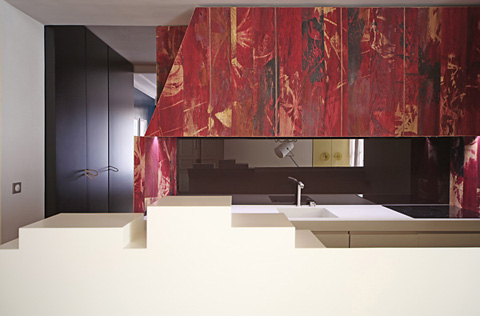 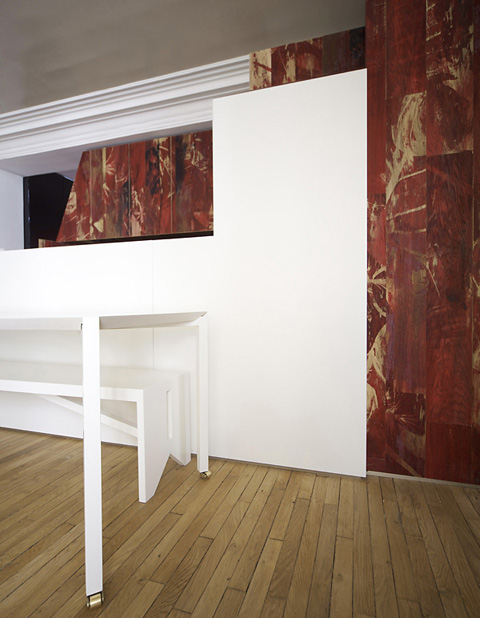 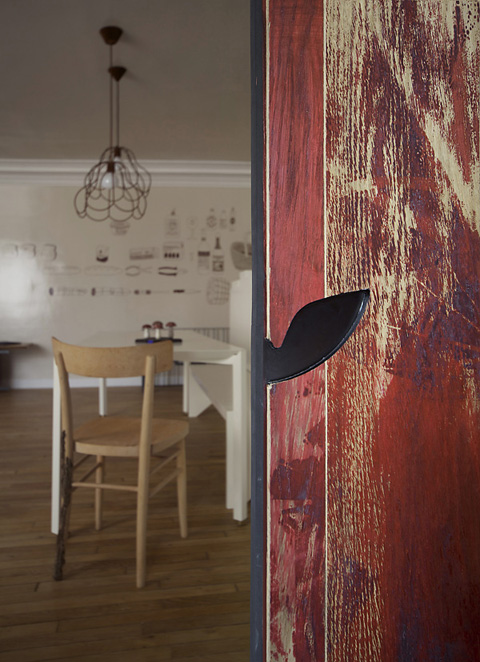 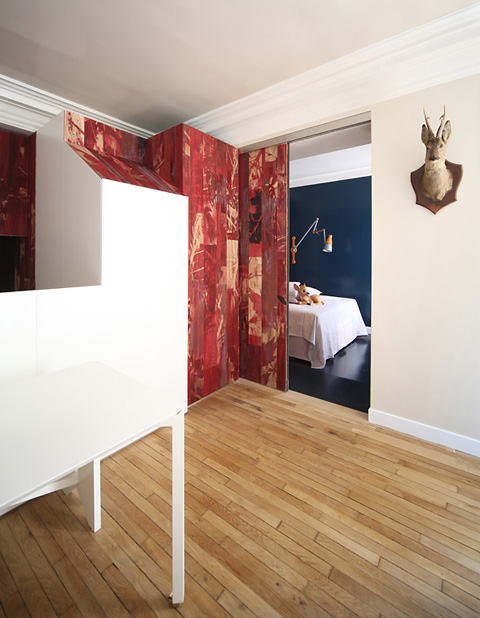 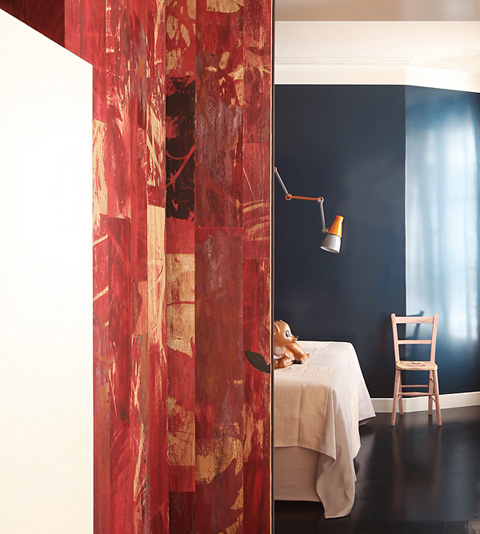 “There, below the three oaks, stood her house”. 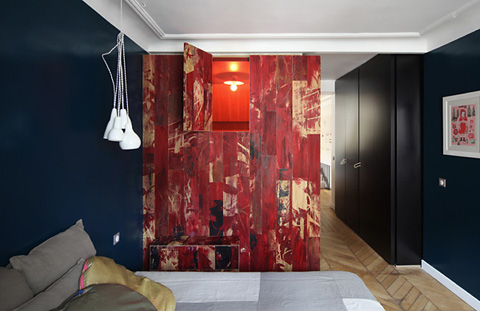 In the project, Granny’s little house in the fable becomes the central element, distributor of the spaces. A place half suspended between separation and unification, whose strident red silk screen patterns on wood transform it into the wolf house. Perversion and brazen expression reminds us that tragedy can always turn into farce, while the graffiti on the wall of the drawing room are there to tell us so, like soft scratche on the surface of the city crossed by faint-hearted flâneurs. 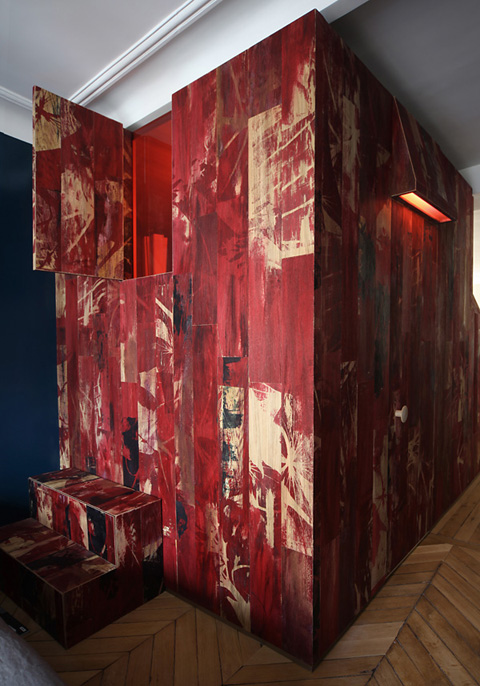 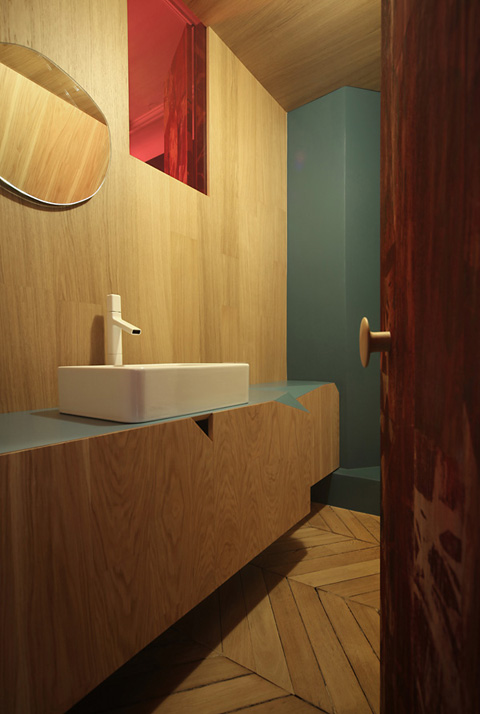 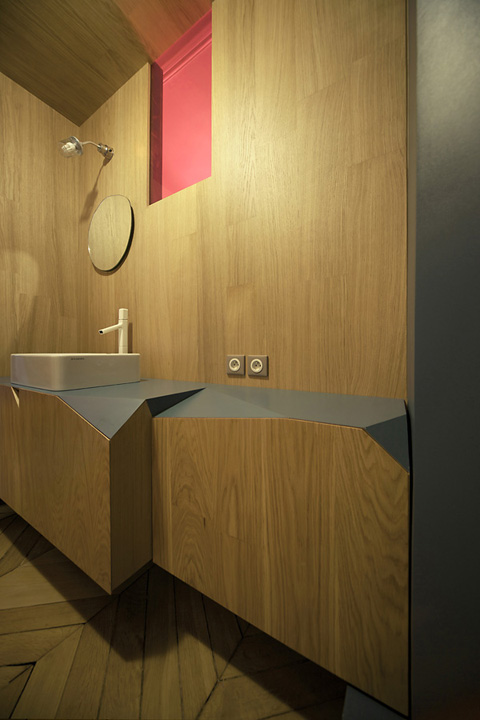 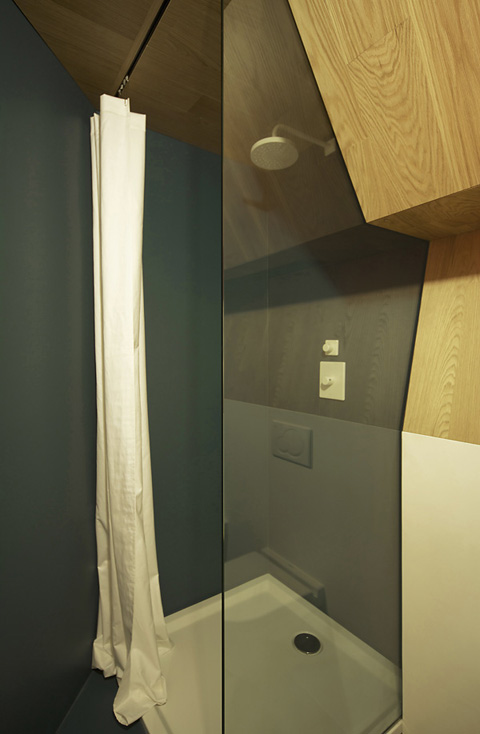 “There was such a pretty little house in which there lived a little girl”.

Little Red Riding Hood’s real meeting with the wolf takes place within the walls of her grandmother’s home. The place that seemed the most reassuring turned out to be the most dangerous. The vessel from which the darkest nightmares spring, the mirror in which we peer disquietly at our other self is, indeed, our home, the place to which we entrust the welcoming reception of our spirit. 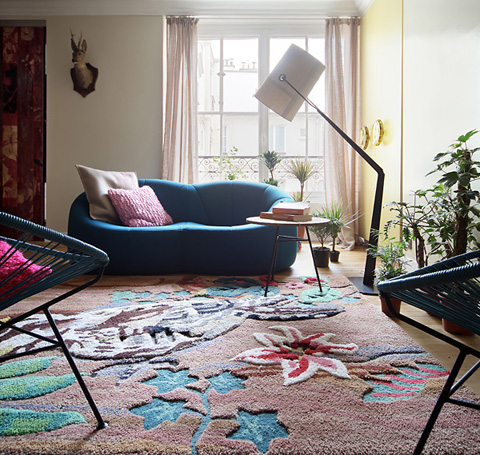 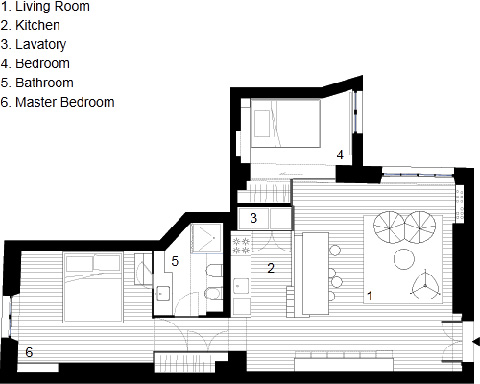 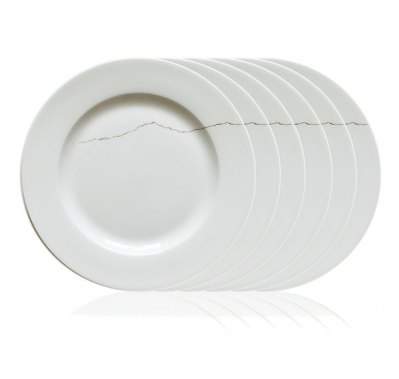 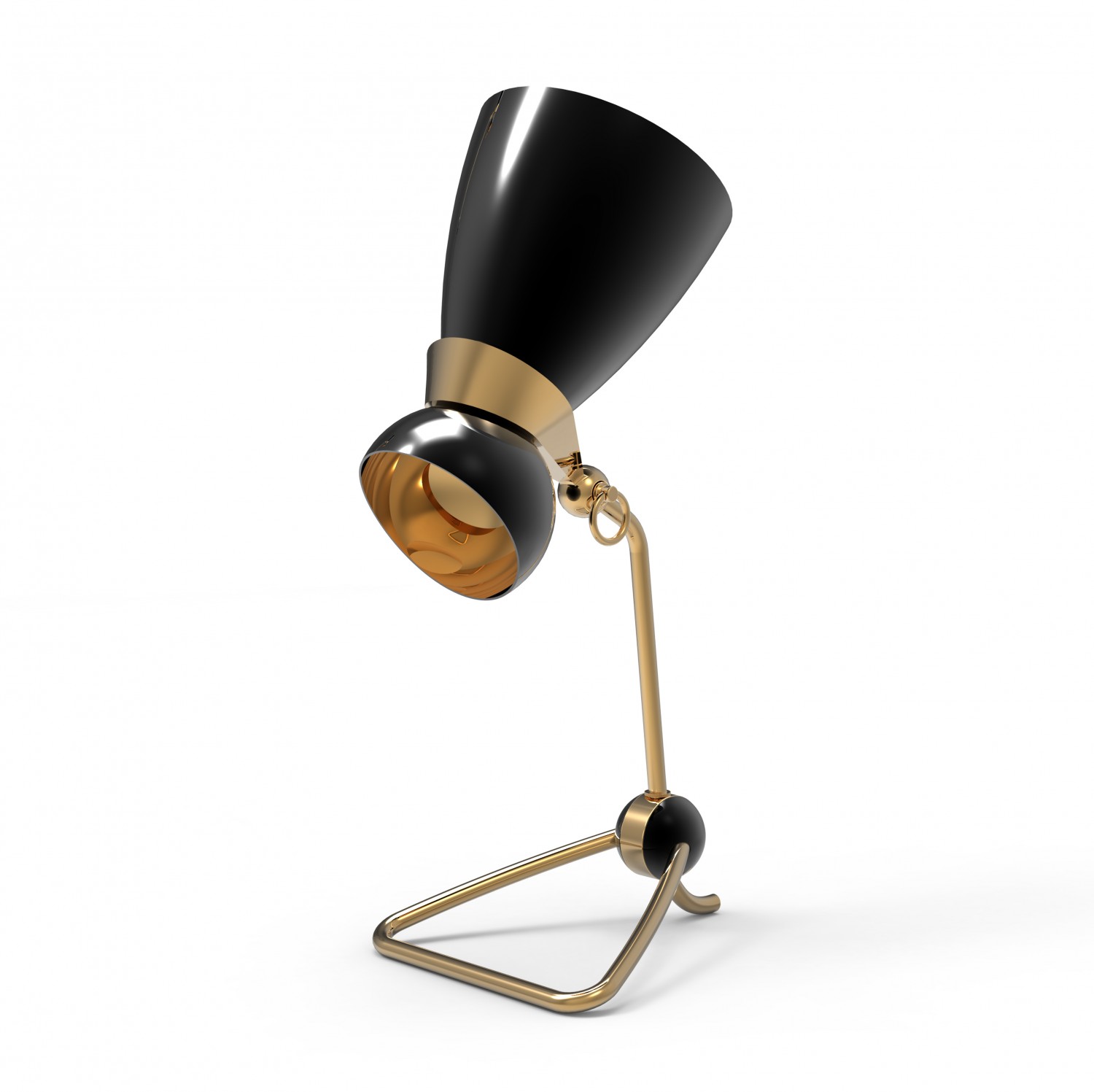 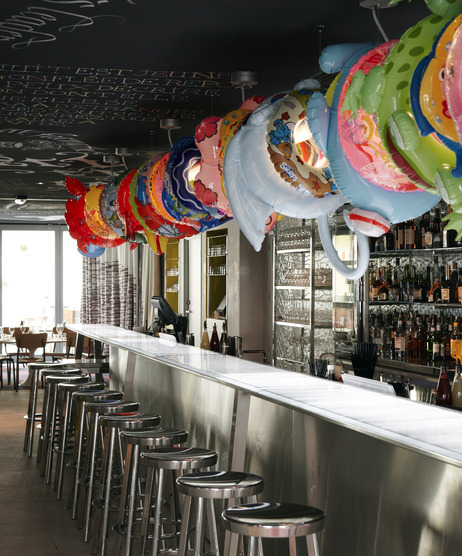 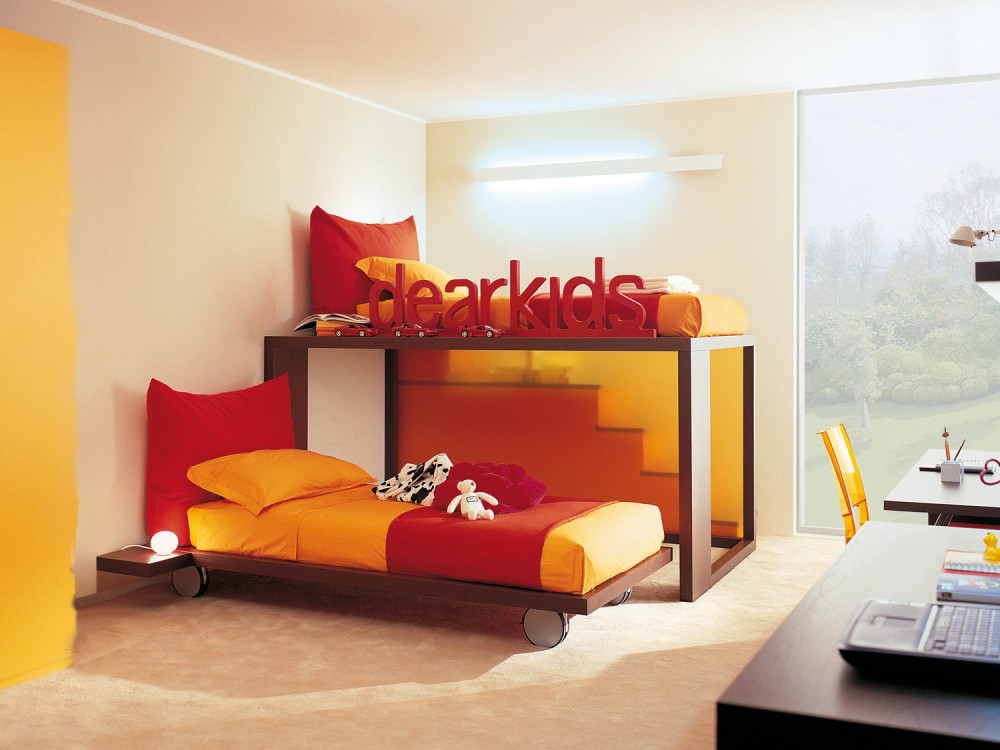 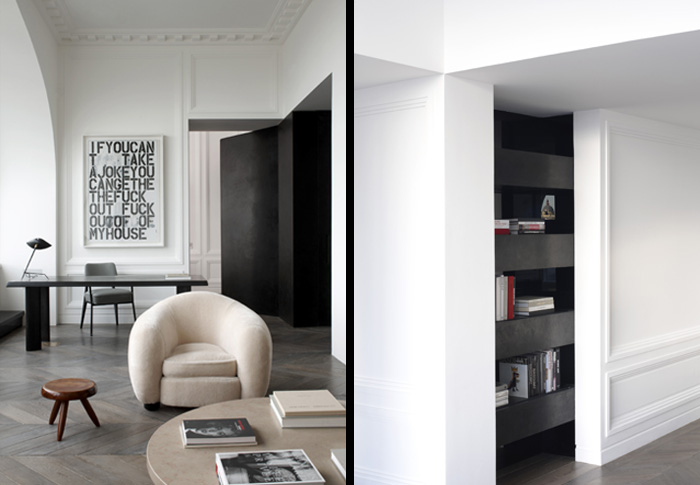 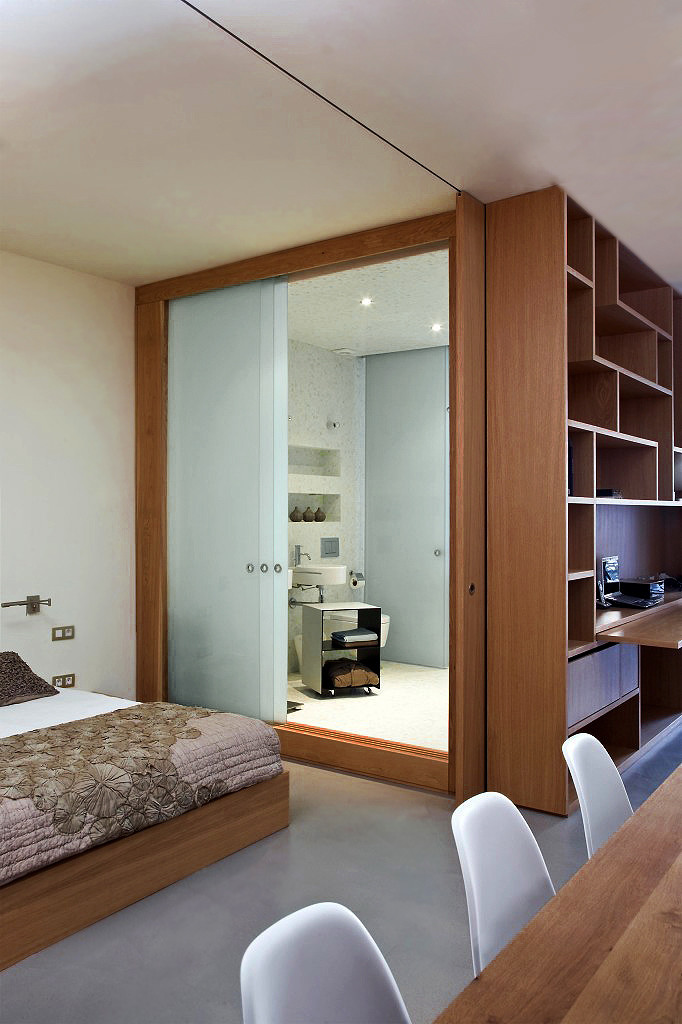