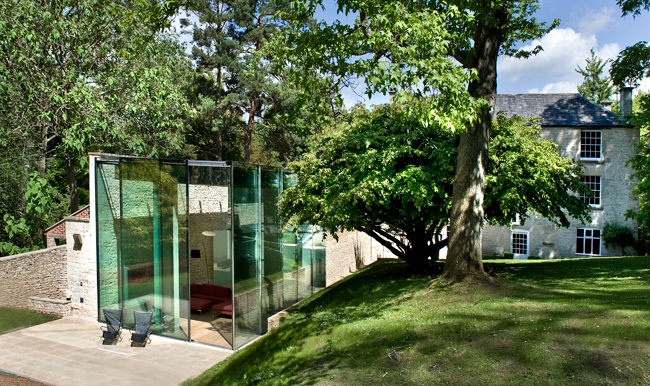 London and Paris architect Robert Grace designed a 18-foot-high transparent “orangery,” creating a harmonious link between a stately Georgian mansion built in 1746 and the lush English garden behind it. 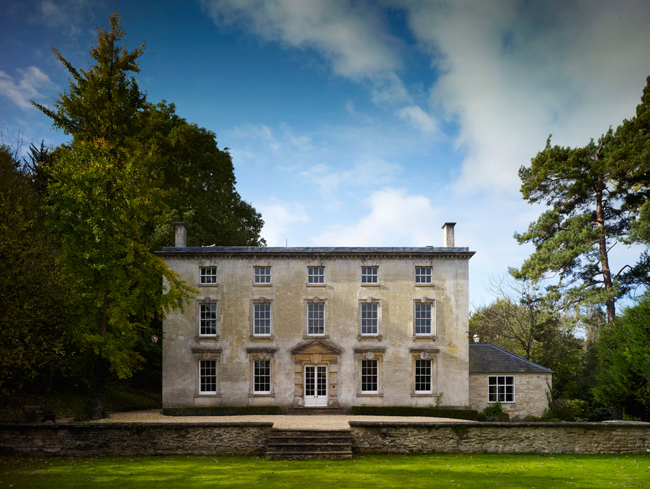 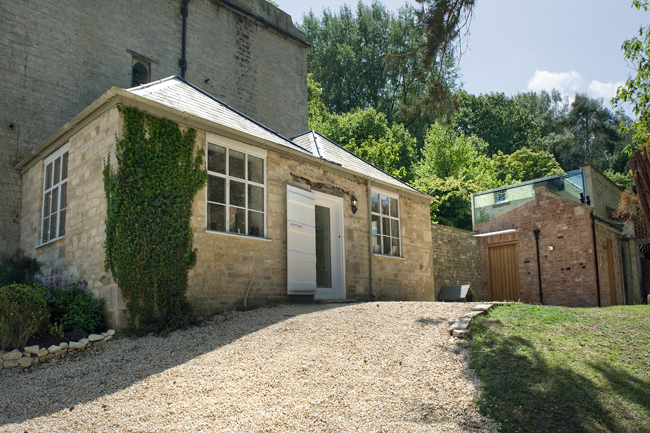 About : According to English Heritage (which oversees historic buildings for the British government), Woodchester House, a Georgian mansion built in 1746 and located on 30 acres of Gloucestershire countryside, is architecturally untouchable and unchangeable. For both the architect, London- and Paris-based Robert Grace, and the client, a financier and author, that was a problem. 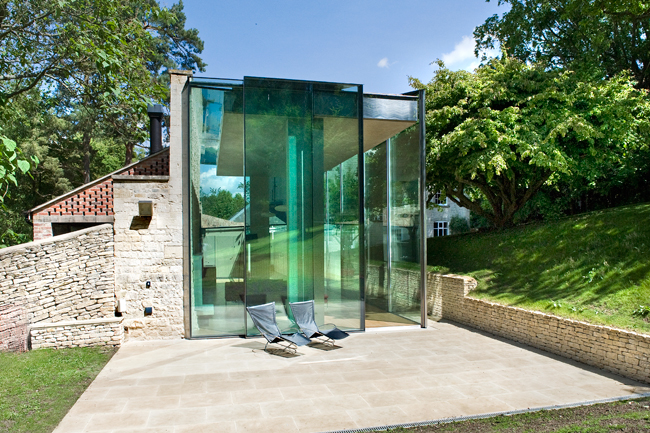 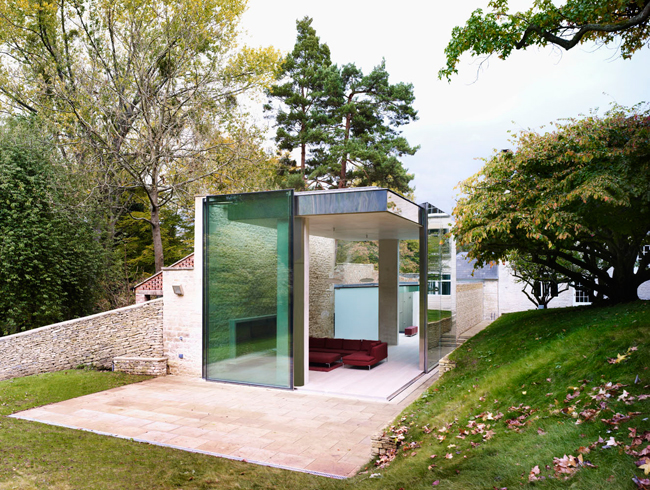 Granted, the mansion and its grounds and garden—where the owner’s wallabies frolic— are breathtaking. But the link, visual or physical, between the house and the landscape was lacking. After months of discussion, Grace and the owner decided that a 1,500-square-foot glass, wood, and concrete “orangery,” or garden room, would solve the problem. It provides a place of contemplation and repose adjacent to, but never touching, the house. “It is shelter,” says Grace, “but you can look out at the garden or at the back at the house and feel linked to both.” 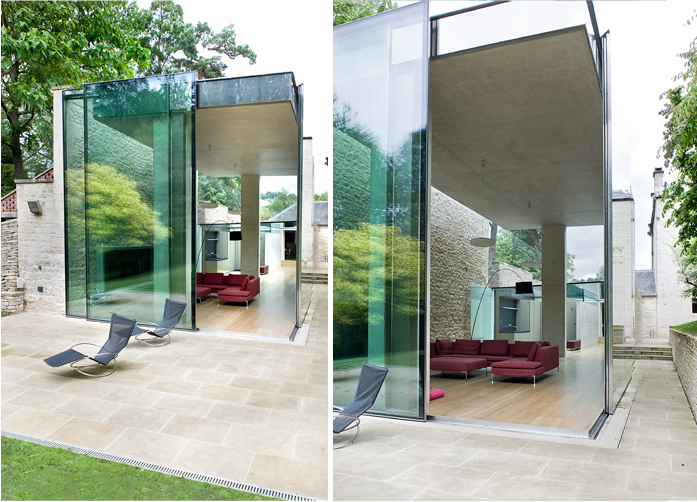 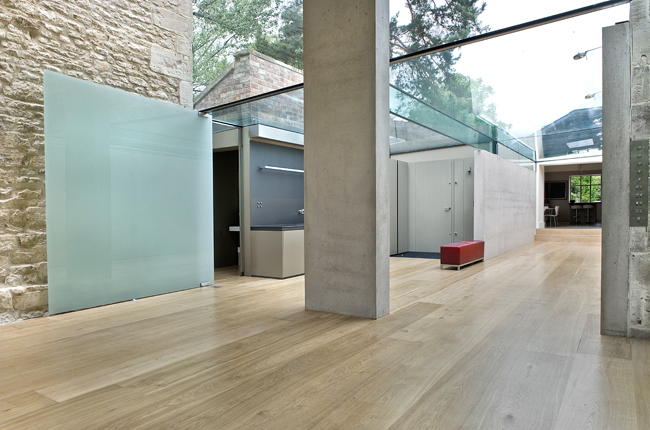 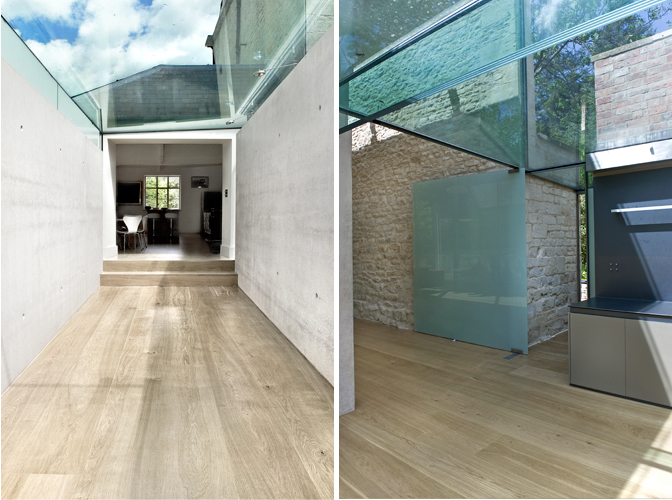 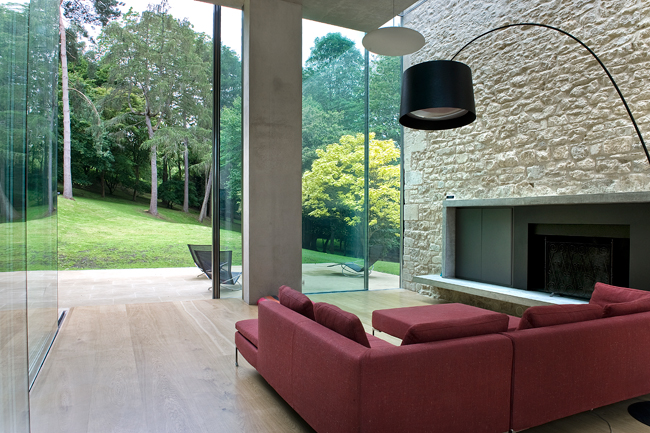 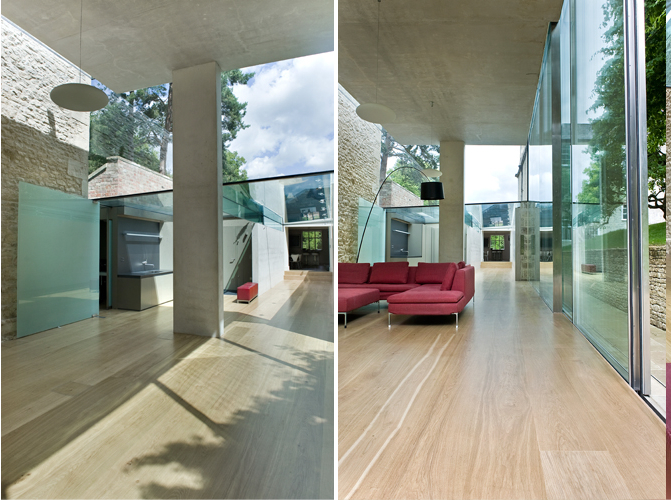 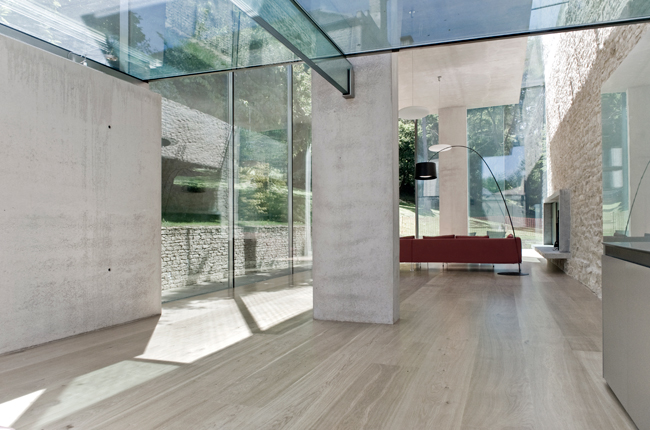 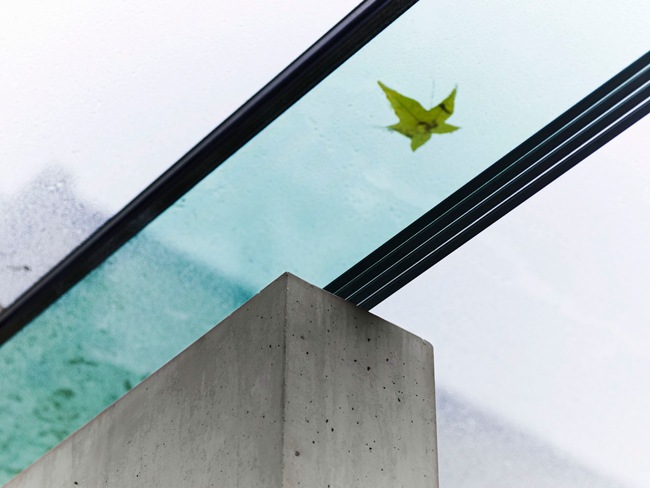 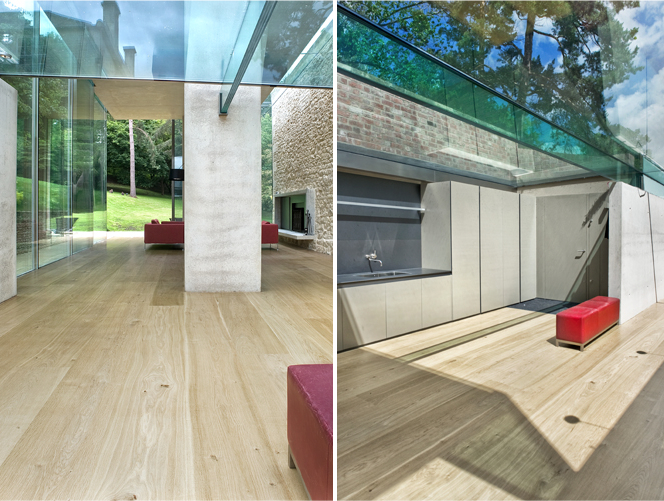 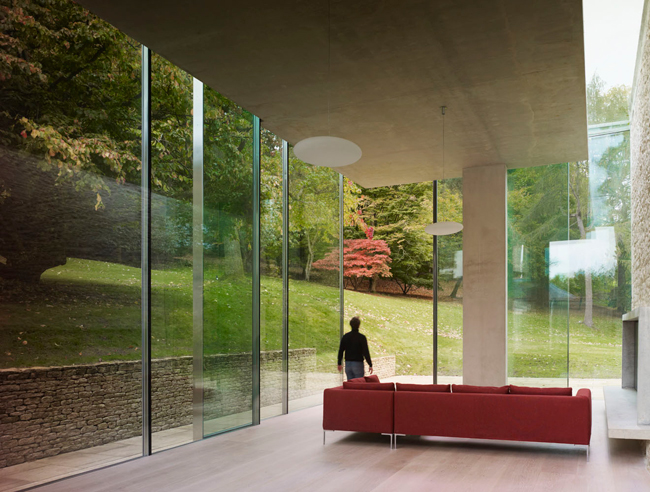 The new 18-foot-high structure may relate to the house functionally, but hardly stylistically. “It’s totally of the ‘now,’” says Grace. Two slender reinforced concrete columns support a concrete roof, while expanses of glass diminish the sense of mass. Triple-glazed units enclosing the space are almost nonexistent, especially where they meet at a corner facing the garden: With a push of a button they glide back on an invisible motorized track. Oak plank floors unite the various parts of the retreat, which includes an entry, bathroom, laundry, and living area with a fireplace carved in a stone wall.

A 41-foot gallery links the garden pavilion to an existing outbuilding, used as a kitchen and dining room, that adjoins the main house. To create the linear gallery, Grace placed sections of an old stone garden wall, once part of the house’s former orangery, parallel to each other and clad the interiors with white concrete. He then covered the hallway with a glass roof resting on glass beams that in turn hook into the concrete columns. 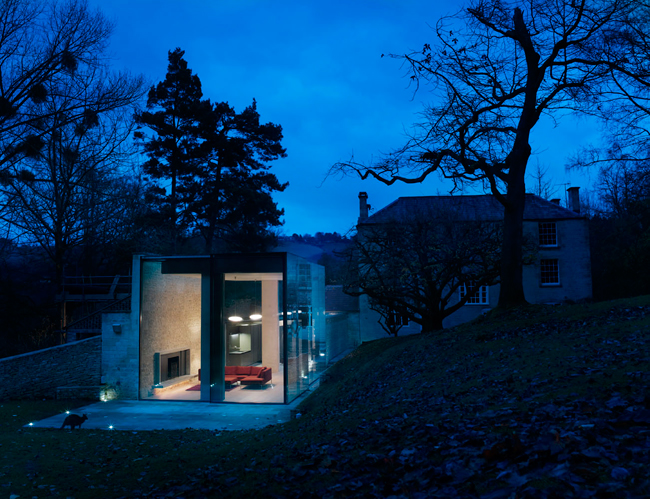 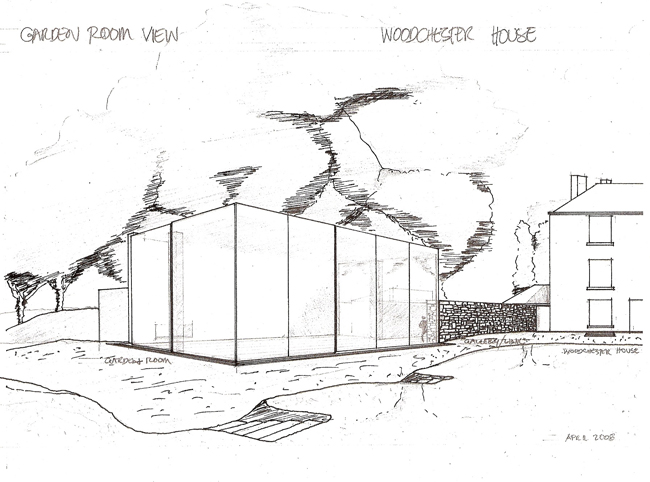 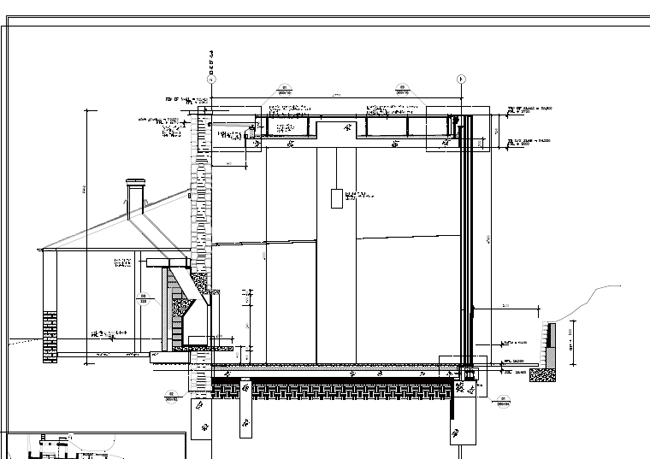 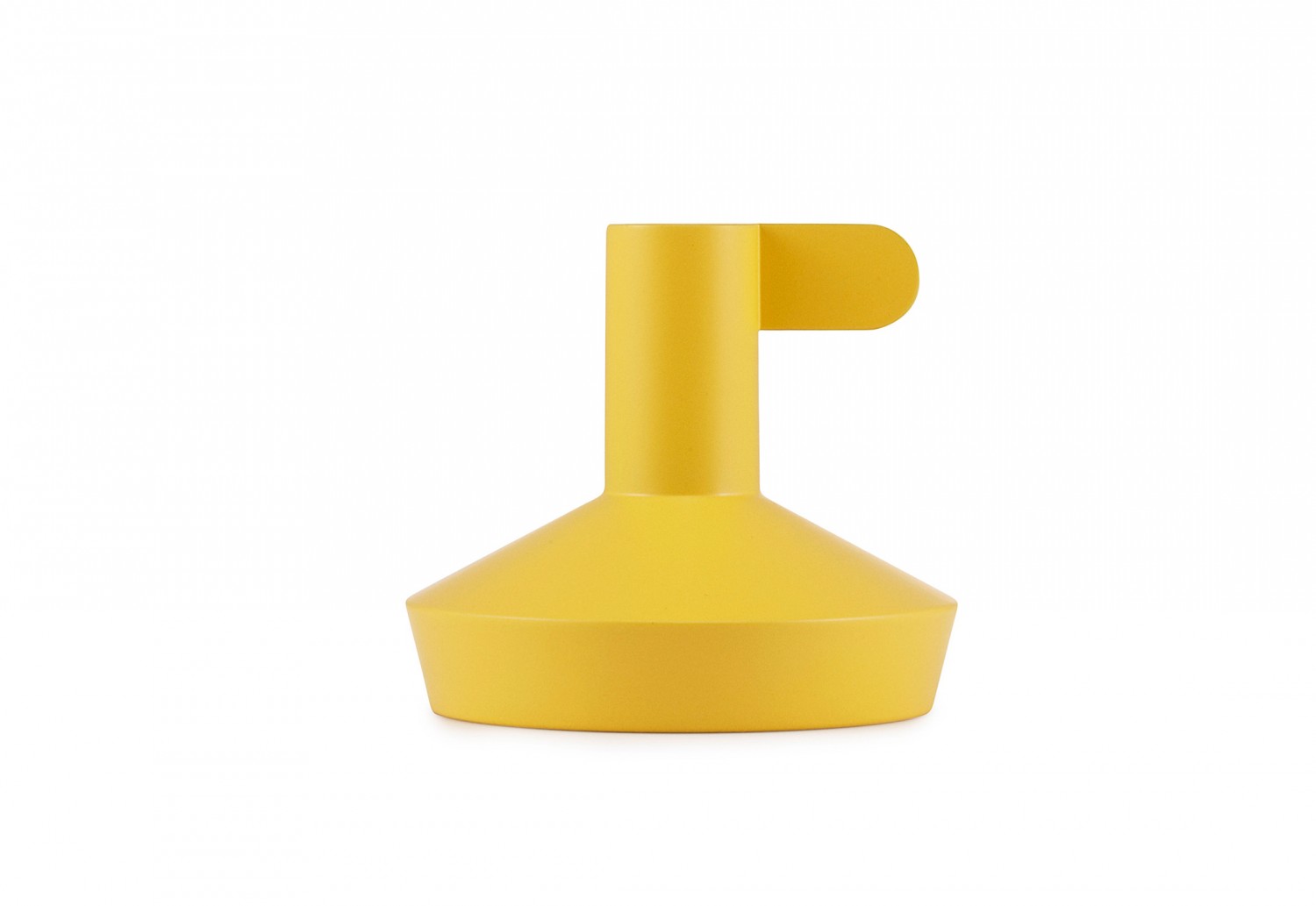 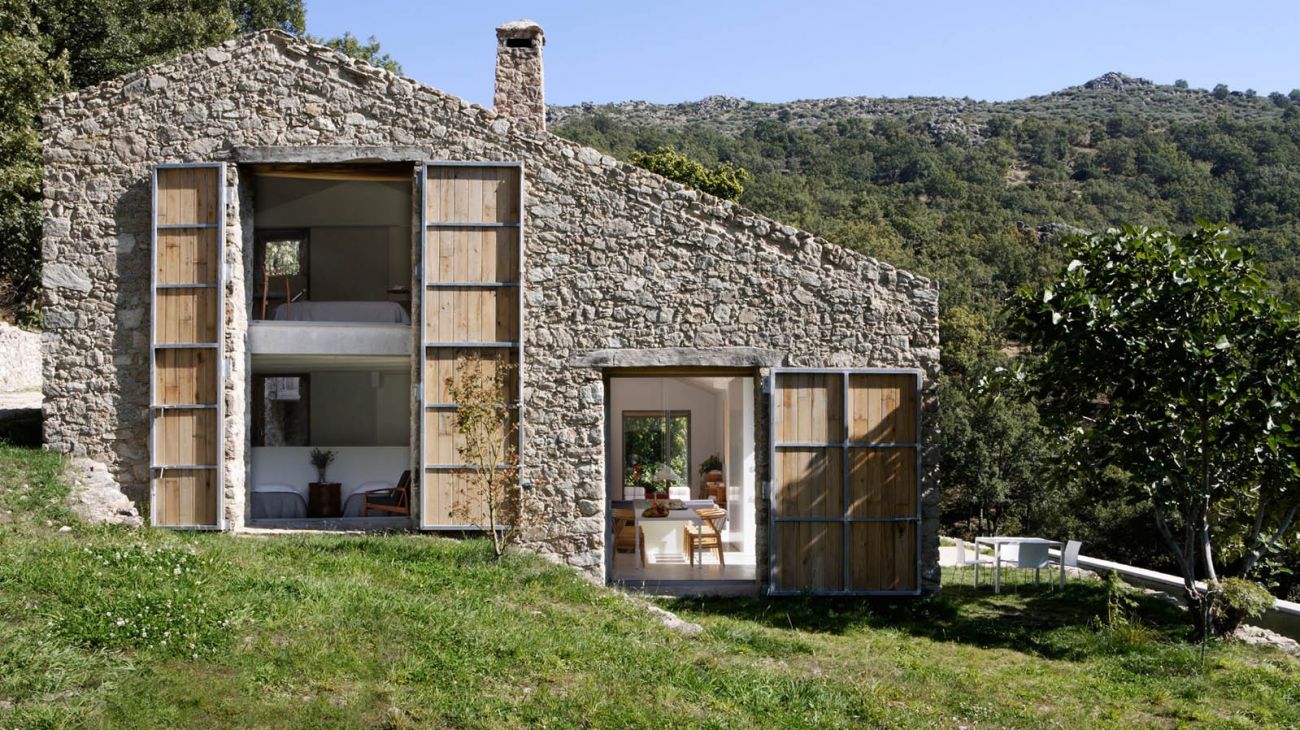 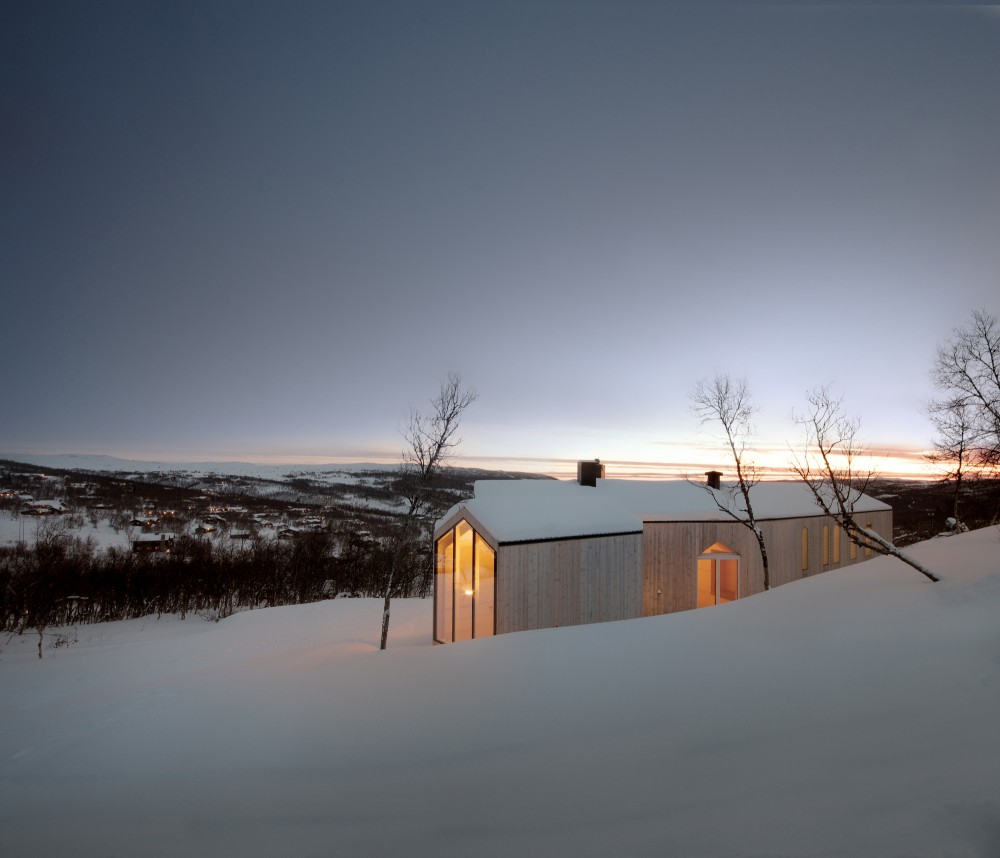 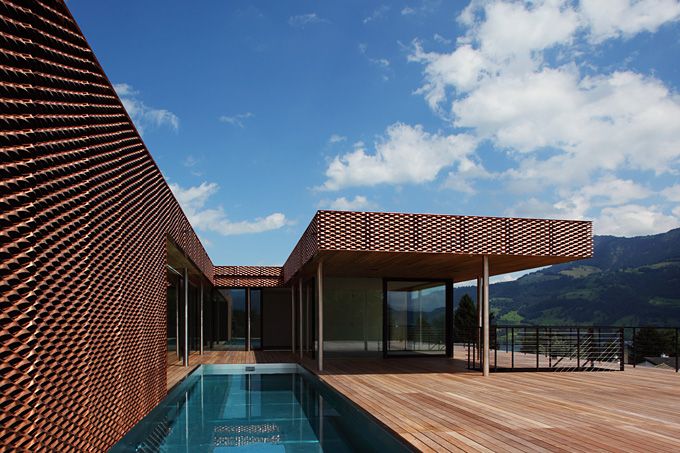