Florence Deau
Comments Off on Andréason & Leibel : a new angle on Swedish design 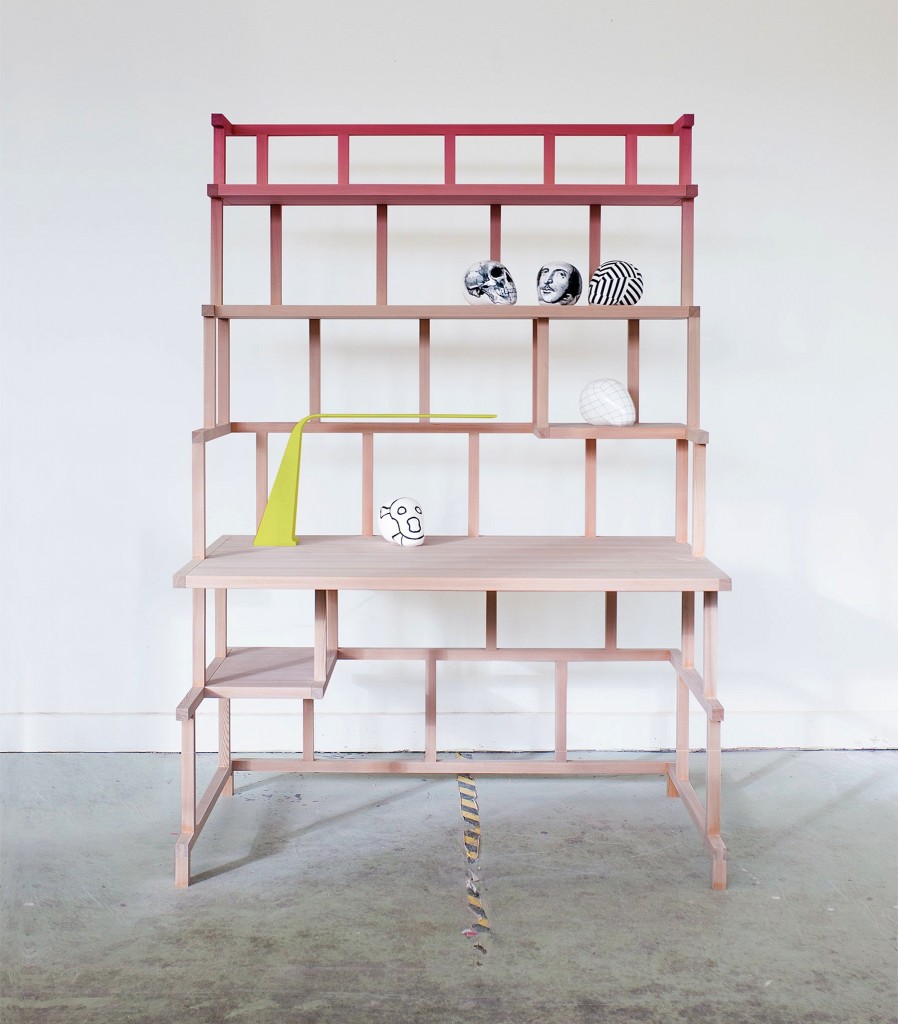 Just received an email from Swedish designers Kristian Andréason and Kristin Leibel, founders of the emerging design studio Andréason & Leibel, based in the centre of Malmö.

They were just awarded the Red Dot Design Award and are now off to Salone Internazionale del Mobile in Milan to show, amongst other things, a collapsable desk that’s being assembled with invisible magnetic screws, riot-inspired porcelain skulls and a sculptural vectorized coffee table.

Premiered next week during the Malmö by Proxy exhibition in Ventura Lambrate, this collection of furniture and sculptural objects take a new angle on Swedish design. 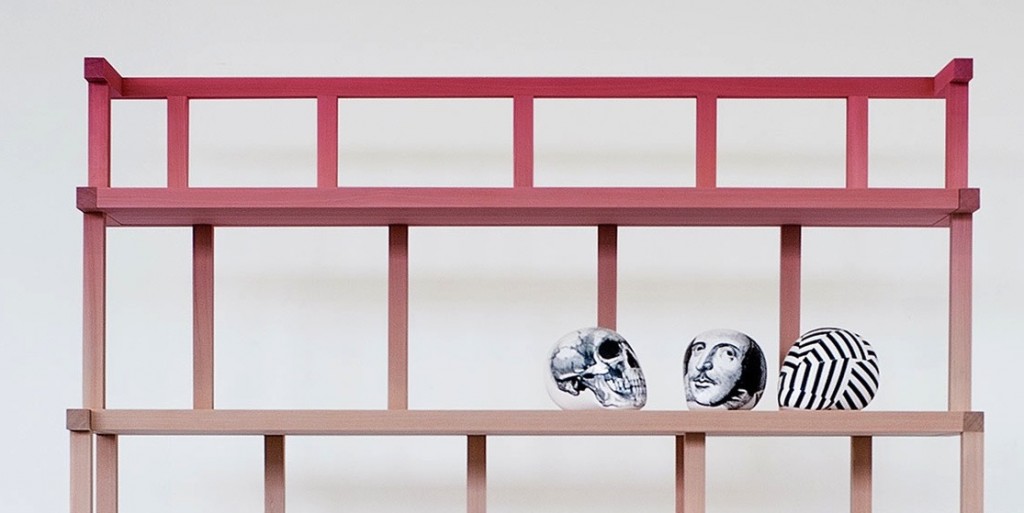 The Babylon Tower Desk seems to randomly put together pieces of wood – momentary but monumental inspired by the sixteenth century painting by Bruegel. It is a personal space for the gathering of one’s things and thoughts. And as with the original Tower of Babel it, quite surprisingly, collapses into a very flat pack. 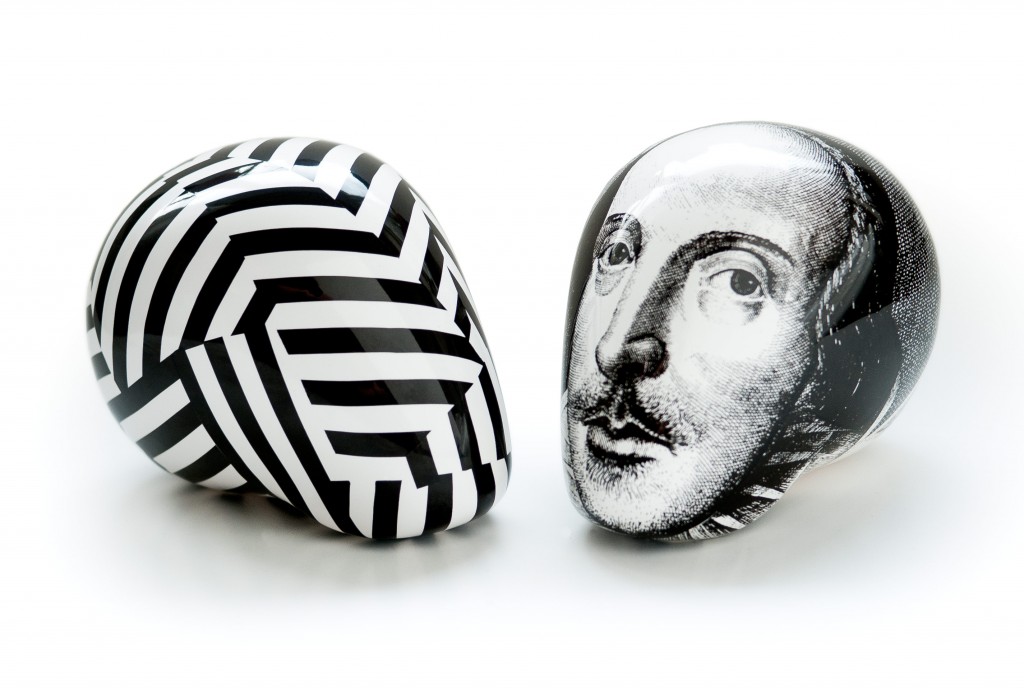 The Hedonist Skulls begin as blank canvases and ends up as brief thoughts on human nature. The idea came from a newspaper image of an angry mob carrying signs with an unusual image of a skull and crossbones.

This naive and “Munchesque” depiction of the human skull caught our attention and the thought of transforming it into a three dimensional object emerged. 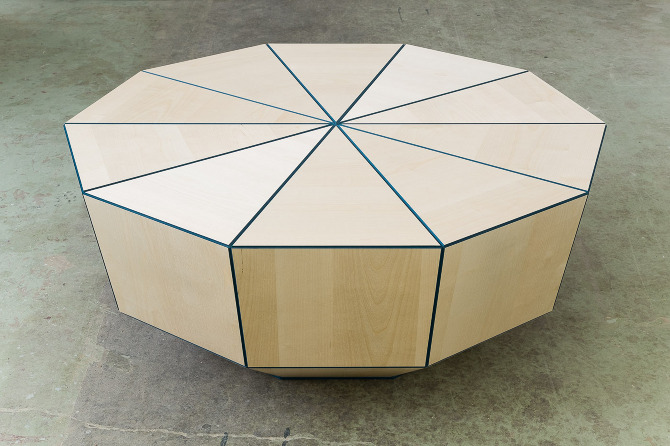 Decagon Low Table – The decagon shaped low table with its inky wireframe veins is inspired by an old tree, chopped down and put together again in a faux way. 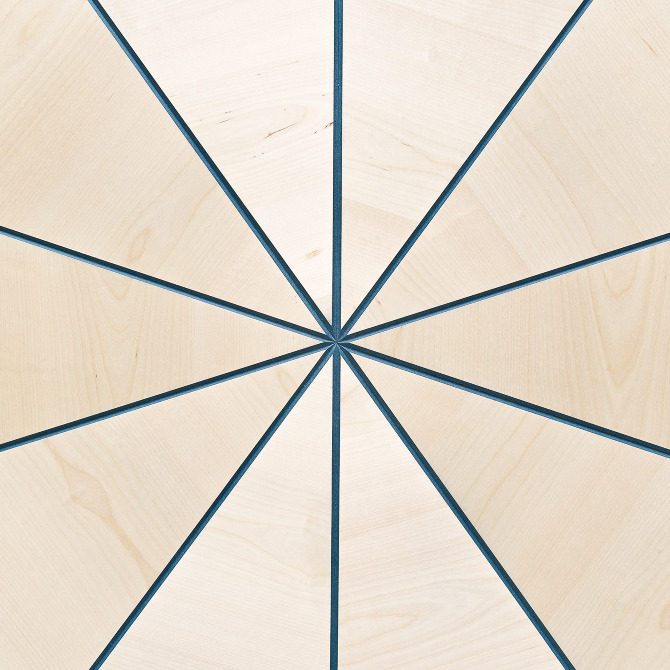 Decagon Low Table is made of birch veneer on blue Valchromat board. 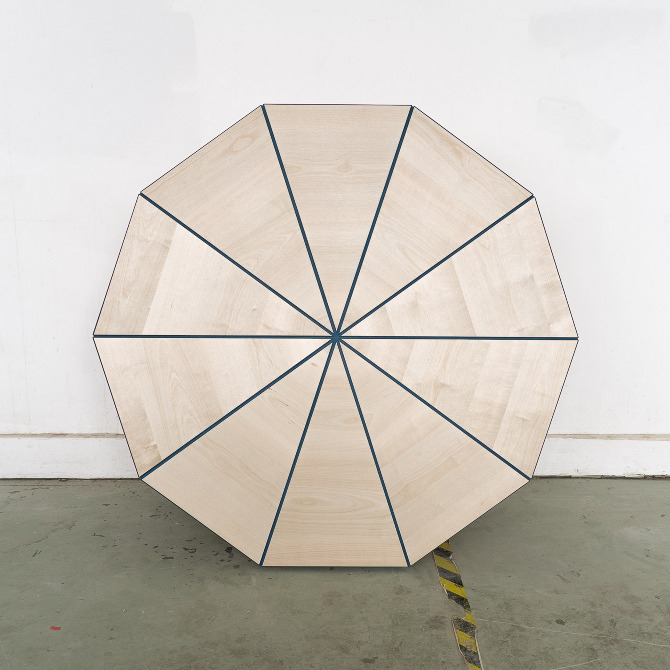 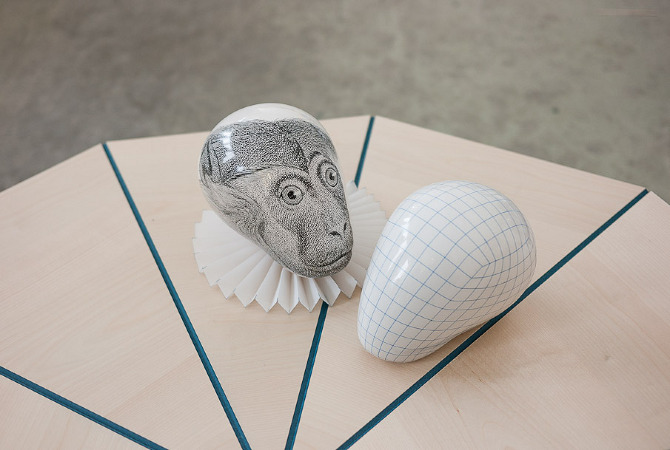 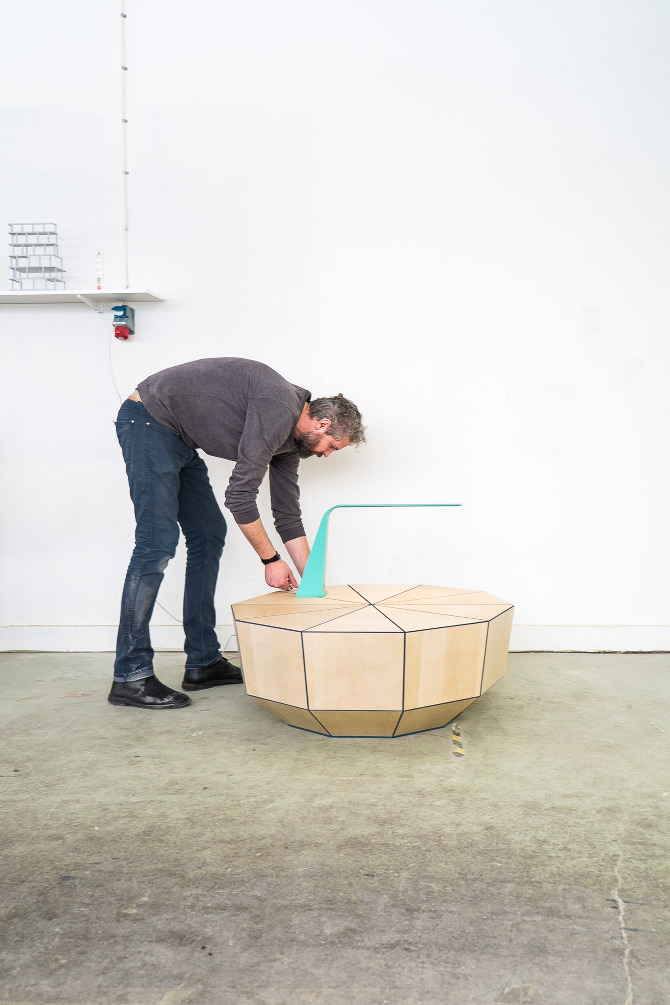 About : Kristian Andréason and Kristin Leibel are recognized for their work in architectural lighting design. The collaboration with lighting company Ateljé Lyktan have resulted in several products which of the latest “Quad” was awarded with a red dot design award in 2012. In addition they have worked with clients such as IKEA of Sweden and Fagerhult lighting. With a genuine and mutual interest in form and the perception thereof they are fully committed of making strong long-lasting design. 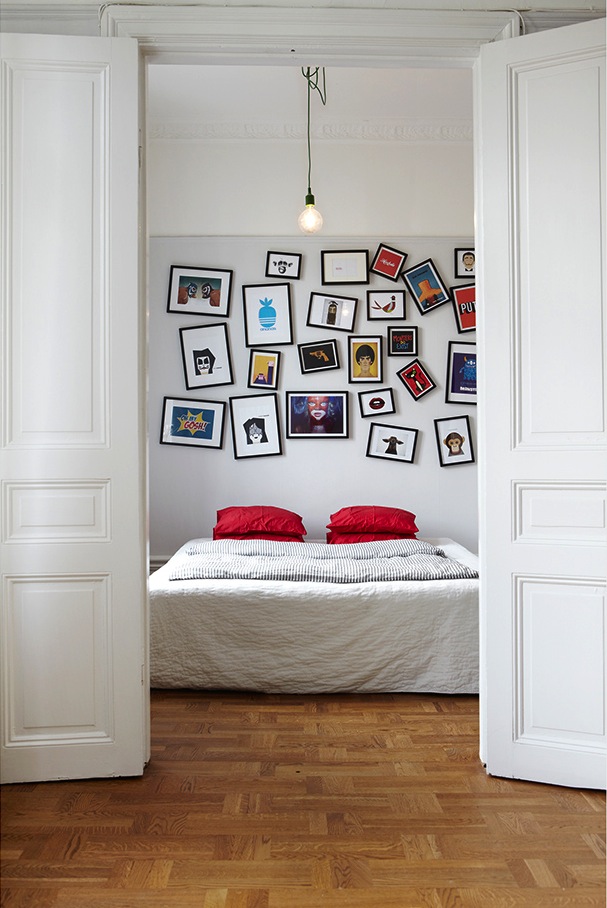 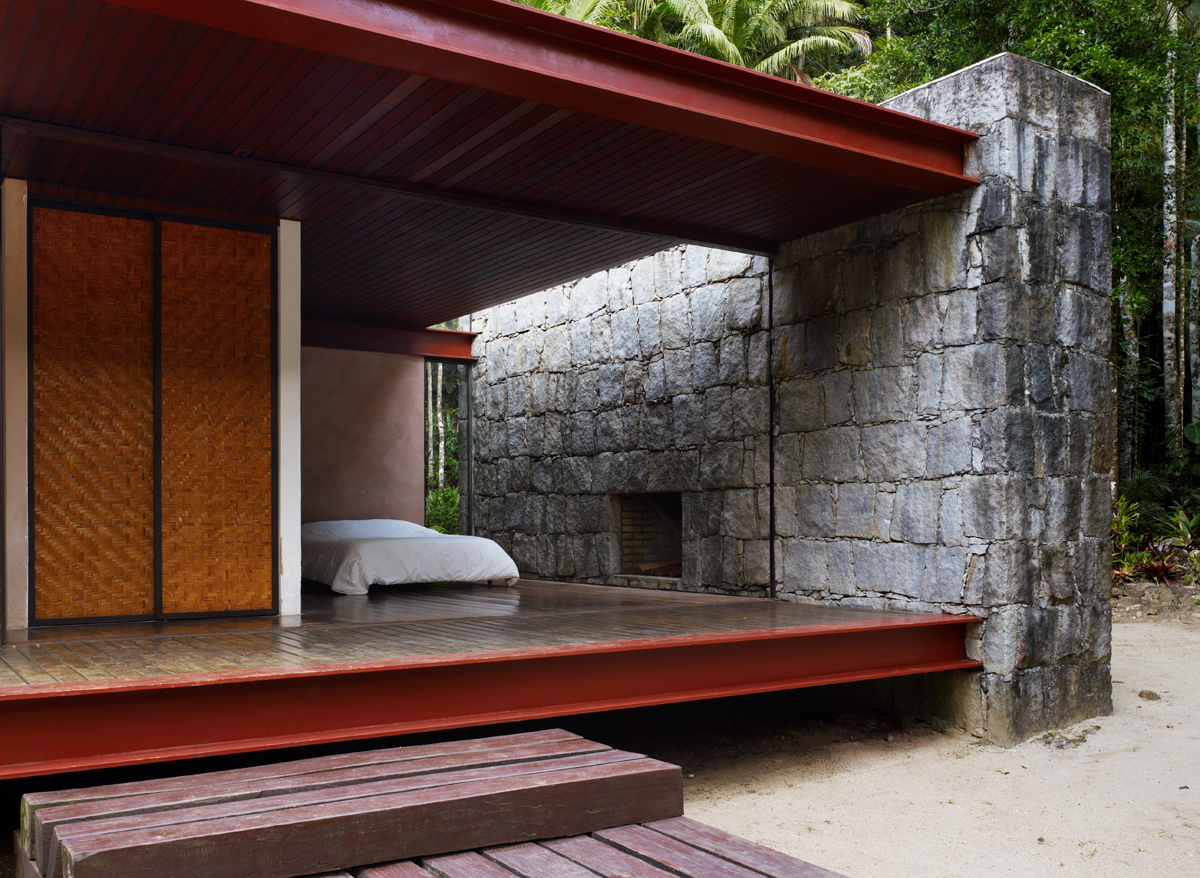 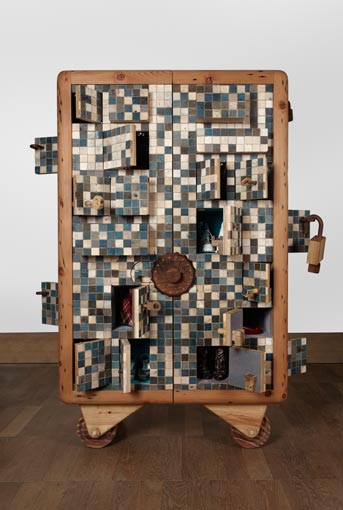 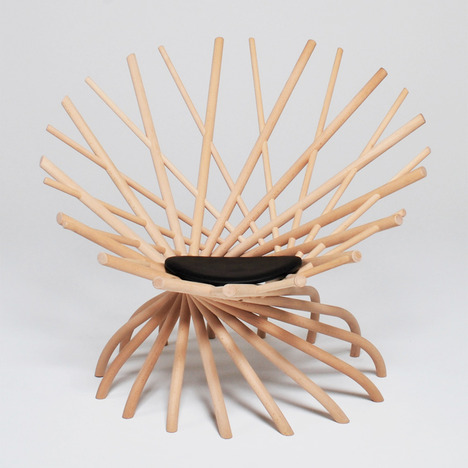 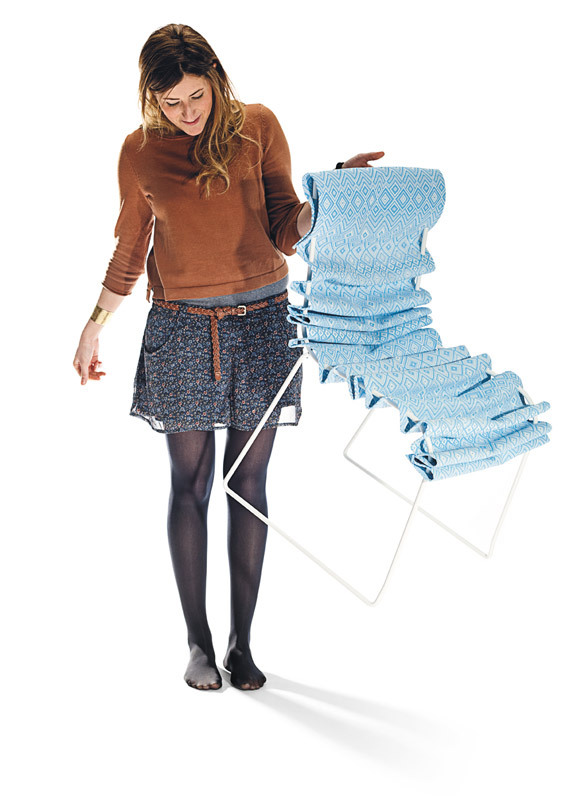 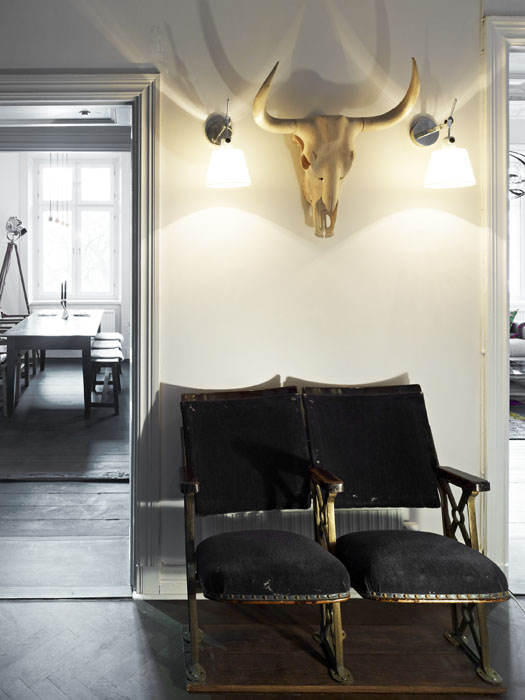