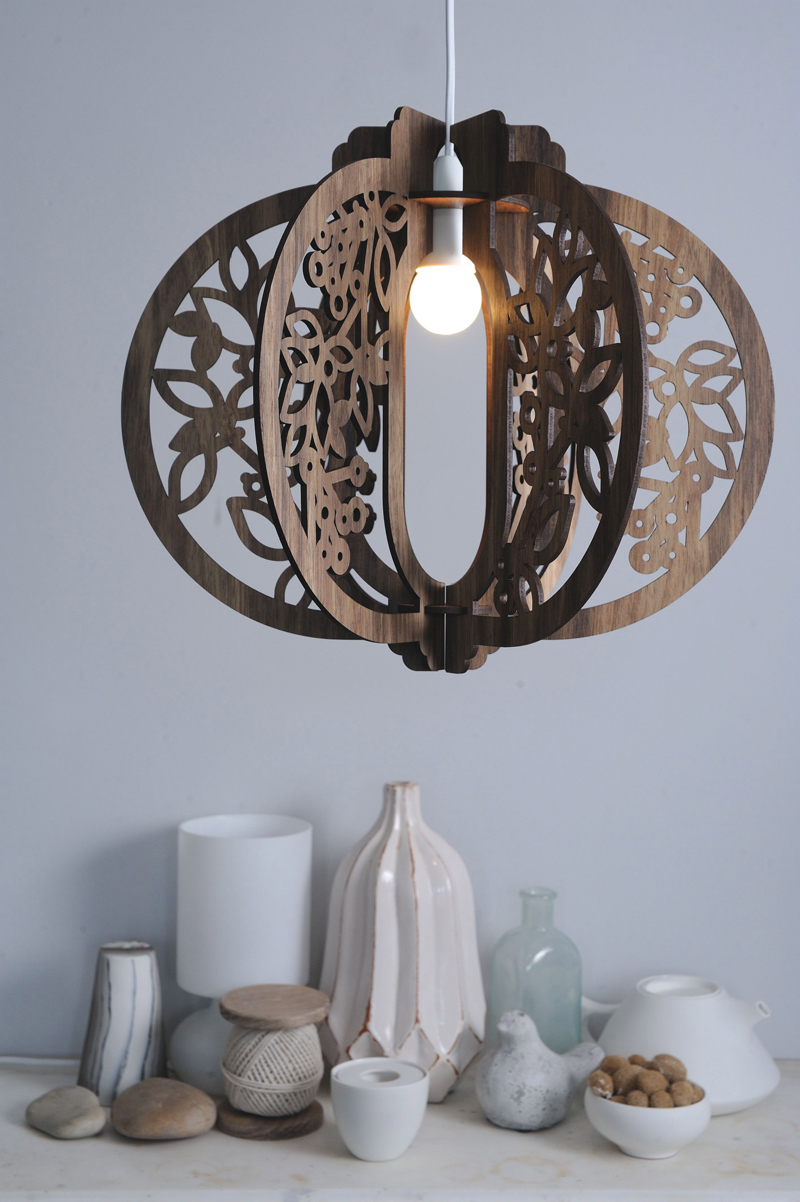 As member of the jury for Le Prix Découvertes, I once more had the pleasure of been chosen by Paris fair Maison&Objet to select the best design project from the Interior Decoration sector (Côté Déco Actuel). 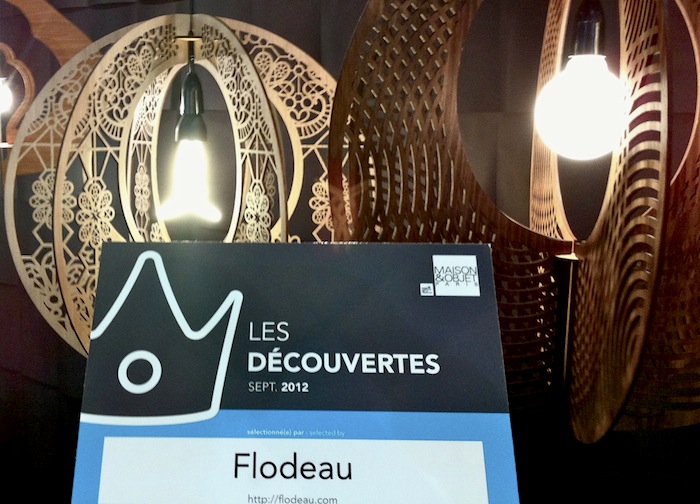 Les Découvertes (i.e. the discoveries) rewards the most impressive new products created by newcomers to the scene. I chose to award the distinction to the Australian designer Loz Abberton for Grandeliers – an astonishing and beautiful collection of flat-pack pendant lights and lamps made of future-friendly materials. 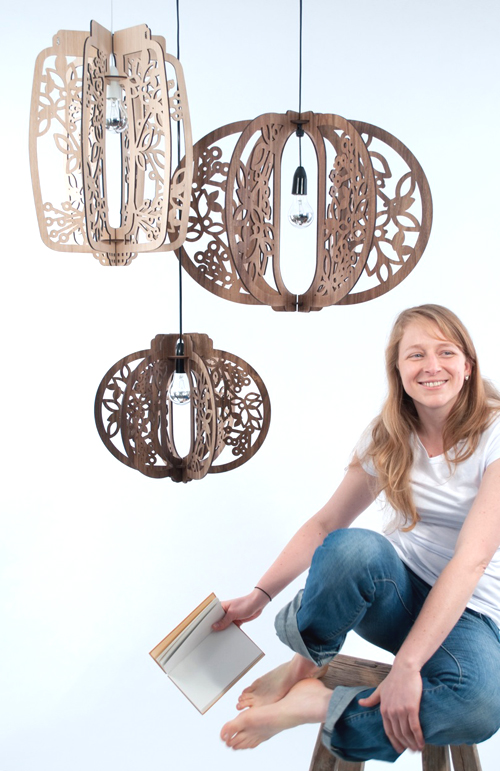 Easy tool-free assembled, Grandeliers are 100% designed and made in Tasmania, Australia – Photo © Who Did That 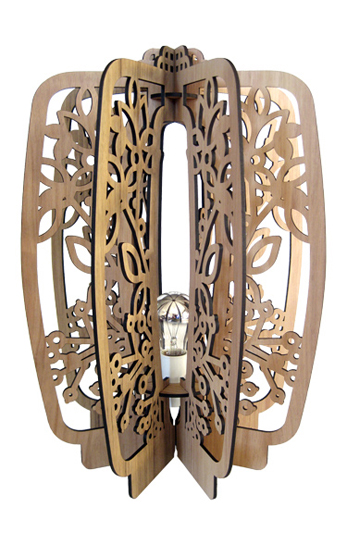 Bloom Lantern – Our flower emblem Eucalyptus Globulus or commonly Tasmanian Blue Gum prompted the Bloom Grandelier’s filigree design. An appropriate dedication to an Australian state where both the timber industry and green activists are equally represented. Interestingly, this flower emblem is one of two eucalypt species grown in Tasmania’s sustainable plantations for use as high quality sawlogs and veneer products. Photo © Who Did That 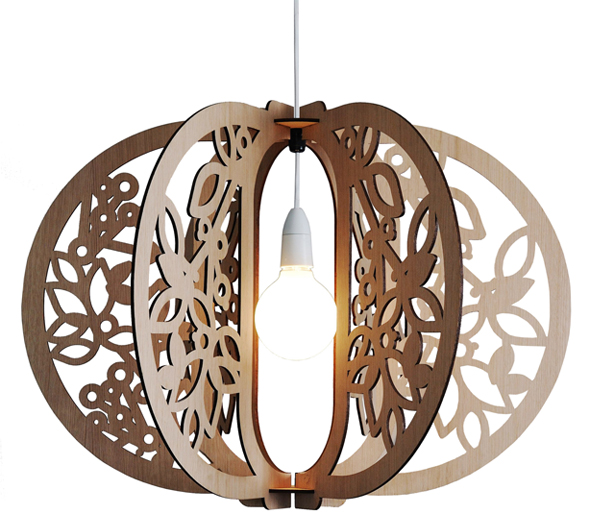 Bloom Large – Photo © Who Did That 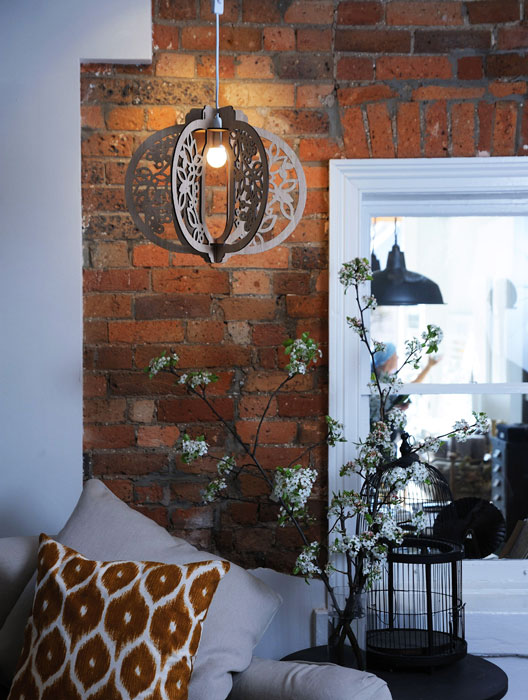 Photo © Who Did That 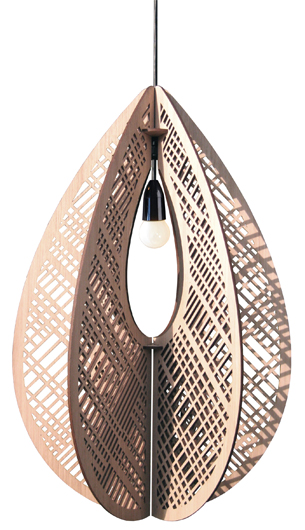 seed595 – The Seed range is prompted by the importance of Australia’s seed saving banks and food sovereignty, plus an ethical regard to genetically modified crops introduced here in 1996. Borrowing the pendulous shapes of produce and seeds from Australian crops – some sown as GM, like corn, rice, and soybean. Photo © Who Did That 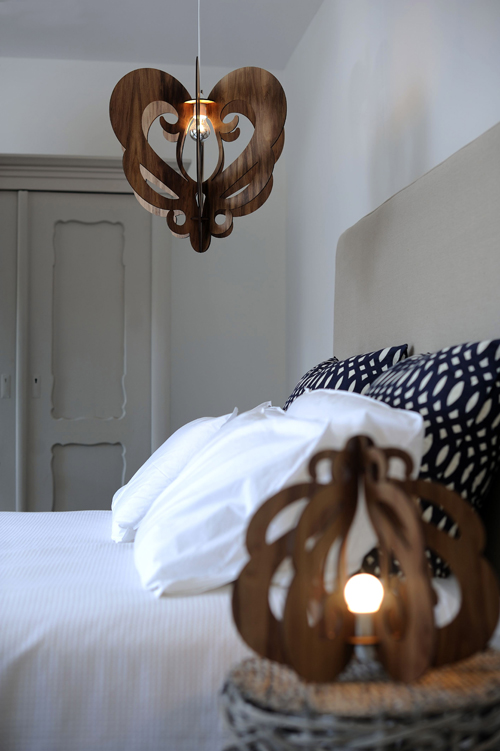 Baroque Wood – A response to Tasmania’s discoveries from 1642 onwards by a succession of Europeans – Dutch, French, and British – is reflected in the Baroque’s curved timber refinement. To honour our time of discovery and continental heritage this luminaire unites 21st century accredited Tasmanian timber with the Baroque period’s ornate style to create a timber chandelier. Photo © Who Did That 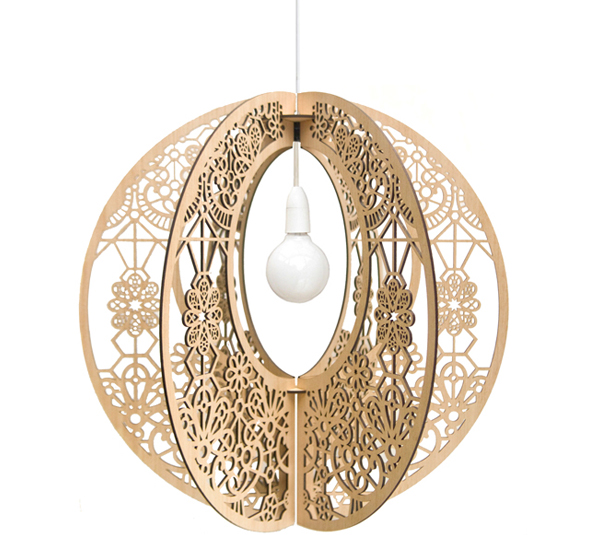 Lace – Home is where the heart is – throughout time illumination has fascinated and drawn people together; created and defined spaces; evoked memories and emotions. Like the emergence of handicrafts – from necessary weaving to decorative embroidery – which also still enriches lives. Lace’s filigree design alludes to Tasmania’s discovery and subsequent arrival of colonial handicrafts. Photo © Who Did That 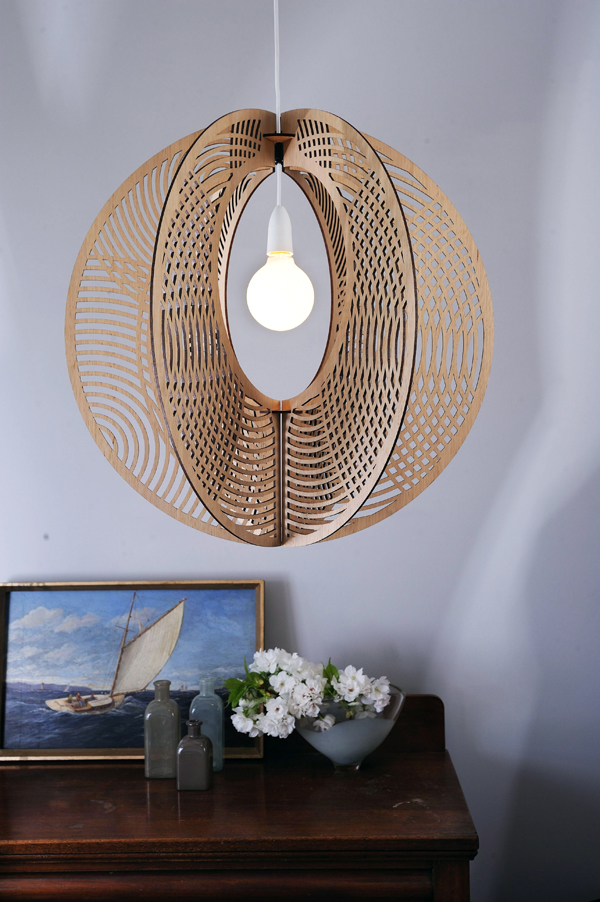 Hoop – Prompted by a regard for the Tasmanian domain, the Hoop’s interference pattern of superimposed lines is informed by both the growing and clearing of trees. Annual growth rings are redistributed in this simple design, which reflects the maelstrom of felling with the resolute symmetry of growth. Photo © Who Did That 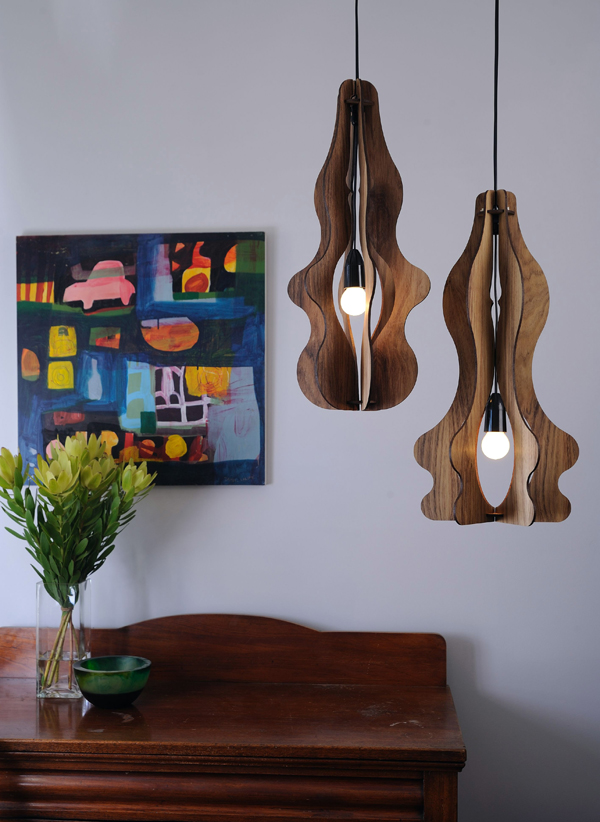 Genie 1 & 2 Bump – Genies feature smooth organic curves and draw on modernist styling. But their design story goes deeper, drawing on the designer’s rural heritage and elements affecting arable land and fresh water. Of considerable concern is dry land salinity and its management in particular. Adding some magic to this reality the Genies sultry curves call on those great water storage trees, the baobabs. Photo © Who Did That

Thank you Loz and James, it had much pleasure meeting you !

+ More infos on Who Did That

To discover other articles relating to Maison&Objet 2012, you may click here. 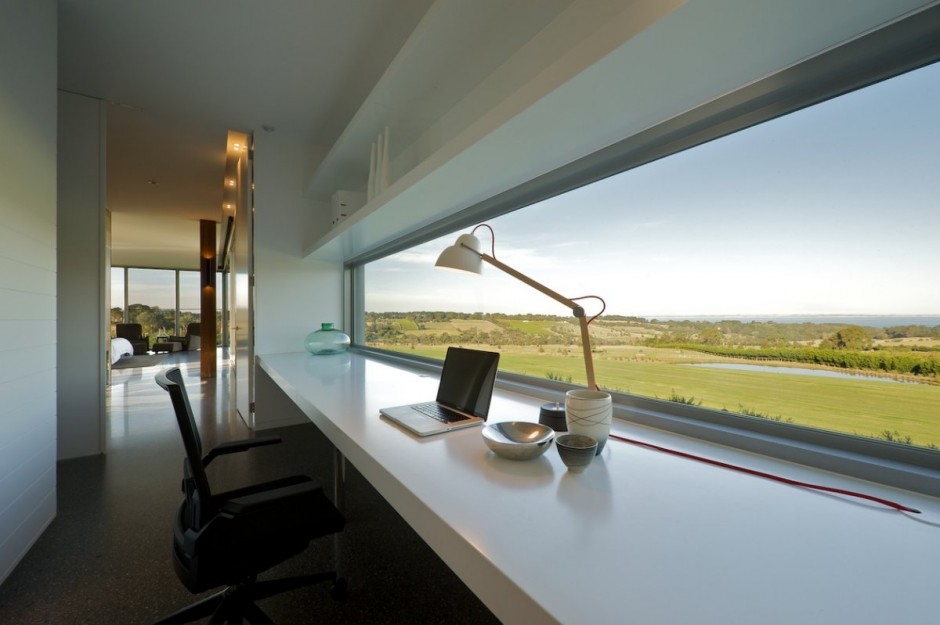 A walk through Maison&Objet and Paris Design Week 2012 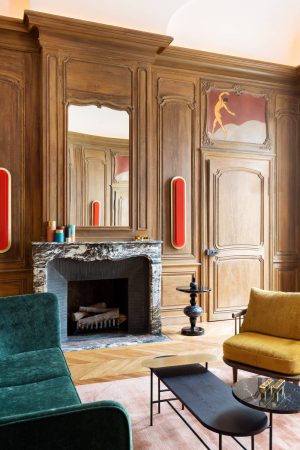 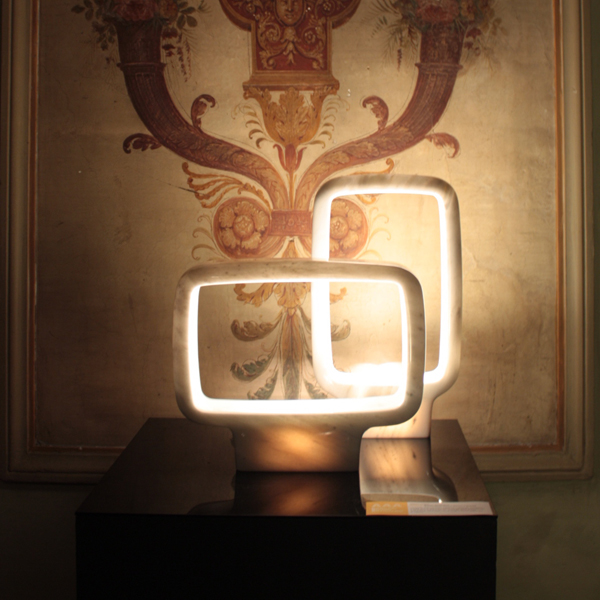 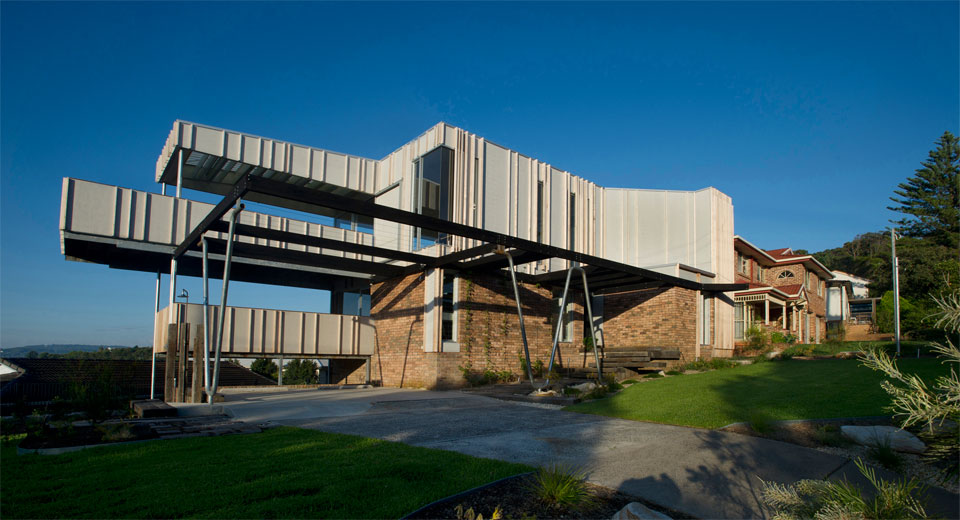 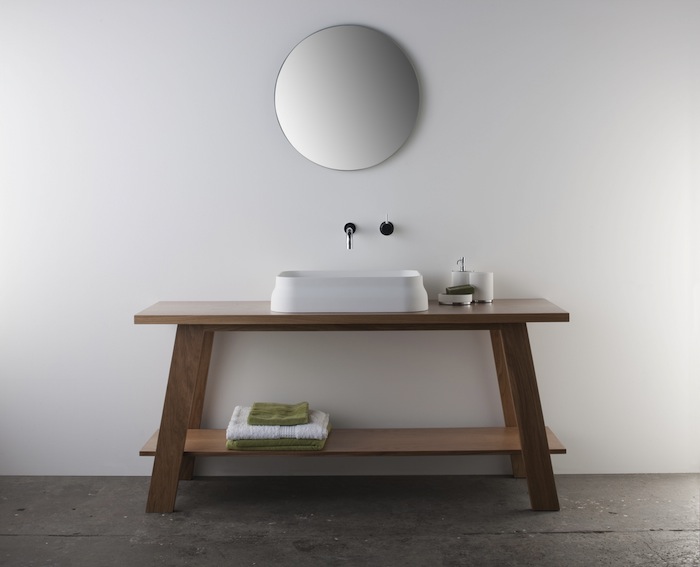